JavaScript is a prototype-based scripting language with dynamic typing and first-class functions. This mix of features makes it a multi-paradigm language, supporting object-oriented, imperative, and functional programming styles.

Despite some naming, syntactic, and standard library similarities, JavaScript and Java are otherwise unrelated and have very different semantics. The syntax of JavaScript is actually derived from C, while the semantics and design are influenced by the Self and Scheme programming languages.

JavaScript is also used in environments that aren’t web-based, such as PDF documents, site-specific browsers, and desktop widgets. Newer and faster JavaScript virtual machines (VMs) and platforms built upon them have also increased the popularity of JavaScript for server-side web applications. On the client side, JavaScript has been traditionally implemented as an interpreted language, but more recent browsers perform just-in-time compilation. 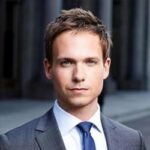